In Nicaragua, April 2018 was marked by a series of high-profile protests that intensified as a result of the state’s violent response to its citizens’ rejection of a controversial proposal to reform the social security system. 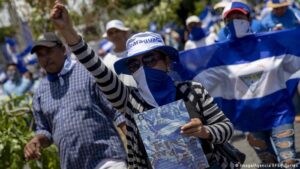 More than three years later, the country finds itself in a situation of serious human rights violations, including arbitrary arrests, house searches and raids without a warrant, criminal prosecutions, criminalisation of social protest, the implementation of restrictive laws, all of which have resulted in closing civic space. In particular, in recent months, more than 40 people, including seven presidential candidates, opposition leaders, activists, human rights defenders, journalists, youth leaders and businessmen have been arbitrarily detained. The situation of human rights violations has worsen in the new post-electoral context, after the controversial reelection of Daniel Ortega on the 7th of November 2021.

Of the more than 140,000 people who have been forced to leave Nicaragua due to the intensified political violence in their country since April 2018, it is estimated that more than 118,000 have sought protection in Costa Rica. In this context, many people who participated in actions in the defence of human rights in Nicaragua continue their active role from exile, making visible the repeated violations in search of guarantees for the full exercise and defence of human rights. For this reason, and in response to several requests made to PBI, a project of accompaniment for Nicaraguan organisations and social groups in exile in Costa Rica began in 2020 following an  exploratory process in the region.

Human rights defenders Jacob Ellis Williams and Juan Carlos Arce Campos were forced to flee to Costa Rica, where they maintain their role in defending human rights in the face of the situation in Nicaragua. During this Dialogue with Civil Society, they will talk more about the human rights work they do. After that, a Q&A session will be held where you can ask them your questions. 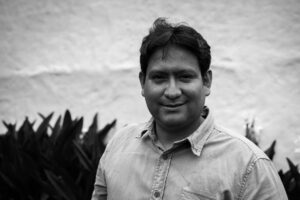 Juan Carlos Arce Campos is a lawyer and human rights defender working from Costa Rica for the Colectivo de Derechos Humanos Nicaragua Nunca Más, which documents and denounces the serious human rights violations that are perpetrated by the Nicaraguan government and assists the victims in their national and international denunciations. The Colectivo Nicaragua Nunca Más is one of the three finalists that have been nominated for the 2021 Human Rights Tulip Award of the Dutch government . 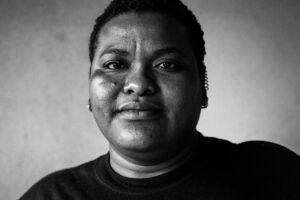 Jacob Ellis Williams describes themself as an afrofeminist and human rights defender of the LGBTIQ+ community, women, children and youth, andof social causes that affect their territory of Caribbean Coast. Jacob works from Costa Rica and is active in the Red de Mujeres Pinoleras and the Mesa de Articulación LGBTIQ+ en el Exilio.

The event will be in Spanish.

The event will be held online via Zoom. To register click here: https://forms.gle/BunZoGBCyNfutmxKA